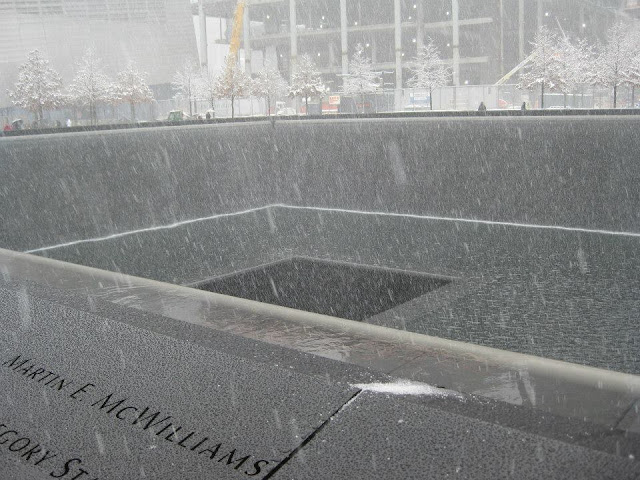 In the days following, the stories of friends, acquaintances and third-party accounts circulated in our community. There was the classmate whose uncle, a New York City firefighter, happened to be sick the day of the attack and stayed home. There was the punctual businessman who uncharacteristically missed his train, or the World Trade Center worker who forgot something and left the building. There were people who were bumped off or missed those fatal flights in moments of serendipitous luck.

It’d be tempting to suggest it was God who intervened and saved those individuals. But there were too many stories of those who didn’t make it to think that those victims were somehow less blessed.

The attack of that day left scars not just in New York, with its Twin Towers and building seven collapse, but also around the country, with a plane crashing into the Pentagon and a field in Pennsylvania. It was a traumatic experience for so many people. While it would be easy to feel sadness at the lives lost, anger and hatred at the 19 terrorists involved, or fear for yourself and your family wondering about future attacks, that day also exemplified the courage of our fellow citizens.

When we remember the September 11 attacks, we remember the flight 93 passengers and their heroic resistance to the hijackers, possibly preventing an attack on the White House. Their sacrifice saved countless lives. We remember the law enforcement, firefighters and other public servants who did their jobs to save lives, even at risk to their own. We remember the support of our neighbors and friends, the shared, unifying feeling that this can not happen again, and the conviction that America is a place worth defending and protecting from such horrific attacks.

It wasn’t just Americans who were united by the tragedy. I traveled to Canada a few months later and attended a show in a major city. At the end of the program, the performers addressed the September attacks, brought out a huge American flag, and dressed in red, white and blue, sang “God Bless America” to show their support and love for our country. It was the most patriotic thing I’d ever seen in a foreign country.

Some people look at events like 9/11 and see everything that is wrong with the world. War, terror, pain and suffering. But I see the way everyday citizens reacted to one of the most trying, difficult days of their life, and the number of people who stepped up as heroes gives me hope. For those who made the ultimate sacrifice, their names are forever etched into the black stone surrounding the 9/11 Memorial’s infinity pools, built where the towers once stood.

At the 9/11 Memorial Park in New York you’ll also find the “Survivor Tree”—a pear tree discovered severely damaged and burned at Ground Zero that was nursed back to health. Each year, the 9/11 Memorial gives seedlings from the Survivor Tree to three communities that have endured tragedy in recent years.

In sharing this country we call home, let’s not forget that we have the capability to become heroes in the face of great hardship. Call me optimistic, but I’d hope that if we had been there, both you and I would have stepped up and helped those that needed us.

Twenty years later, when I remember 9/11, I remember that even on the worst day of our lives, we can become something greater.