Restoration: a new story is needed 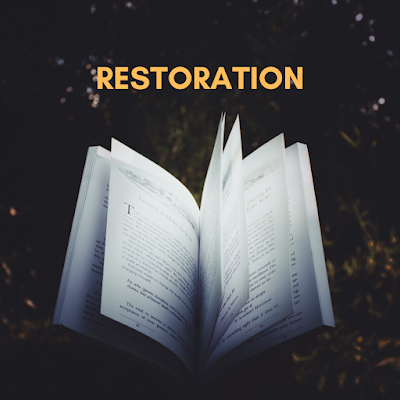 “We can’t meaningfully proceed with healing, with restoration, without ‘re-story-action.’” – Robin Wall Kimmerer, “Braiding with Sweetgrass”

I have a theory.

I think part of the difficulty of many Christian’s tension with the Israeli-Palestinian conflict, and a general preferred choice for the nation state of Israel, is not based on some end time prophecy. Somewhere, in the back of our American minds, I think we know if we change the story to acknowledge the illegal Israeli settlers, the military burning hundreds of thousands of Palestinian farmers’ olive trees, and the guns turned on boys throwing rocks as the oppressor, then we have to hold up the mirror to our own history.

Do you know what Andrew Jackson and Harriet Tubman have in common? They both carved out metaphorical and literal trails in America. However, Jackson’s was the Trail of Tears’ death marches and Tubman’s was the Underground Railroad’s road to freedom. Perhaps due to that connection, Jackson, the president currently on the $20 bill, has been discussed being replaced by Tubman on the currency in 2030.

Our American history of slavery and forced relocation of First Nation peoples is not unusual. Like the Roman baths buried under England’s city streets, humans have always built new empires on top of the ruins of the conquered ones. The stories then told are the stories of the victors, the complicated history of humans rewritten to a simple “yes, no” “right, wrong” “good, bad.” But the pain of these oversimplified stories contributes to the continued suffering still felt centuries later.

To achieve restoration in America we need to actively retell our stories. But how?

Many think that when Jesus says to “turn the other cheek” in Matthew 5, he’s encouraging submission and passivity among the oppressed. However, the opposite is true.

As Walter Wink explains in enlightening detail in his essay “Jesus and Alinsky,” rather than resisting evil with either violence or passivity, Jesus explains a new third way: militant nonviolence. Jesus encourages his listeners to rise above our fight or flight conditioning with actions that totally upend the social norms and challenge the authority of the oppressor.

For example, when Jesus says “If anyone strikes you on the right cheek, turn to him the other also,” he knows his listeners understand that a blow to the right cheek is a backhanded slap, like a master would do to a servant, a man to a woman, an abuser to a victim. The oppressor exerts his societal authority with this demeaning act. But when you turn your left cheek to him, if he wants to strike you again he would be forced to punch you with a closed fist, which in that culture and time acknowledged you as an equal.

This leaves the oppressor in an uncomfortable situation. Do I punish you for your nonviolent resistance but acknowledge you as an equal, or leave you unpunished? Either way, the current system of oppression is challenged, and the powerless have gained power by disrupting the status quo. As you may have guessed, Jesus’ next examples of “walking the extra mile” and “giving your cloak too” also challenged the unjust systems and powers of the time (which you can read more about here.)

So when Jesus says to “turn the other cheek,” what he is really asking is, what is a militant nonviolent action you can take today, in your culture, that would totally upend the stories of oppression and force the oppressors to see their victims as human?

And unfortunately, in some situations, you may realize that YOU are the oppressor.

Colin Kaepernick exercised nonviolent resistance when he chose to kneel during the national anthem at televised football games, a nod to America’s complicated history particularly when it comes to race. Some people were so uncomfortable that they simply refused to watch, preferring their story of American exceptionalism. They didn’t realize that restoration—a new story—was needed. When the “Black Lives Matter, Too” movement transformed from peaceful protests to Portland burning, I wondered whether those same people missed the days when Black people simple kneeled.

I’ve tried hard to include at least one thing in this blog post that might make you, the reader, uncomfortable. Because that was Jesus’ goal and is the goal of militant nonviolence. Sometimes change and restoration requires “amplifying an injustice to expose the fundamental wrongness of legalized oppression,” as Walter Wink puts it.

To do that, Wink provides some tips on how to follow Jesus’ third way:

* Seize the moral initiative.
* Find a creative alternative to violence.
* Assert your own humanity and dignity as a person.

* Meet force with ridicule or humor.
* Break the cycle of humiliation.
* Refuse to submit or to accept the inferior position.

* Expose the injustice of the system.
* Take control of the power dynamic.

* Shame the oppressor into repentance.
* Stand your ground.
* Force the Powers into decisions for which they are not prepared.

The third way isn’t easy. Listening to new stories, and incorporating them into the overall story of humanity, takes effort. But I hope we can agree that we could all use some healing as a community, nation and world, and that the efforts toward restoration and re-story-action are worth it.