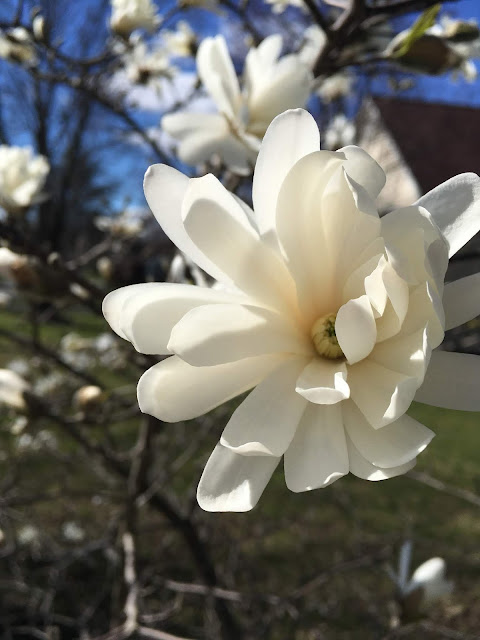 In January of 2016 I was vacationing with my family in Hawaii. It was the first time I had seen them in nearly five months, and while I was enjoying my time swimming, exploring, and relaxing with them, I had this decision looming over my head. Should I return to New Zealand for a second year on staff, or would this be my last four months in the country?

I could see my decision going either way. Living in New Zealand felt like I put my life in America on hold. My peers were out there getting jobs, moving in and out of apartments, and figuring out this post-graduation life. I was still living on a college schedule, and physically living with college students. It felt like a gap year before adulthood, and I wasn't sure if two years would be too long or set me back in my career.

At the same time, I wasn't sure what I wanted to do back in the States. As an English major who later found a passion for podcasting and journalism, I had vague ideas of getting a proper New York City job as an editorial assistant at a publication I was passionate about, and working my way up the ladder. Living in the city would be the opposite of my current rural job, which made it slightly exotic and appealing in that way.

I prayed for God's guidance, wondering if there was really a right and a wrong choice. His response, one I've received before in other decisions, was "whatever you choose I will bless."

I thought, "Heck, New Zealand is pretty fun. Might as well stay here a bit longer."
Around the same time I received several words from God for this new year of 2016. One stuck out in particular:

He said, "Set your eyes on things above. Those things will ASTOUND you." I asked, what do you mean they will astound me? What things? "Who are you to know the future? I will bless you in ways you do not expect - even tomorrow! HAVE NO FEAR." It is after that I decided returning to New Zealand was the right decision, and my friends and family agreed.

Feeling God's blessing on my decision, I was surprised then when two weeks before my return flight to New Zealand I got a warning my visa was about to be denied. I cried bitterly that day, fearing I would never be able to return to New Zealand. Despite sending dozens of supporting documentation to help my case, the case officer denied my religious visa one week before my flight.

I remember going into church that Sunday, not knowing the fate of my future, visibly upset. Church friends who were trying to be helpful suggested, "Maybe it's not God's will for you to return to New Zealand." I got angry and frustrated with that response. "If it wasn't God's will for me to return, then why didn't he tell me that when I asked him and made the decision eight months ago!?" I couldn't accept that answer because it meant that either I couldn't accurately hear God's voice, or he was fickle, changing his mind on a whim.

Now I realize that their response not only was not helpful or encouraging to me, but not theologically sound.

The subconscious reasoning behind their comment was that this must not be Gods' will because God's will does not involve struggle. That God's will is the easy way. That if something is God's will, all the "doors will open." But is that Biblical true?

If you look at any number of major stories in Scripture, it's more often that God makes promises right before everything does not work out. In fact, things happen that actively seem to undermine those promises. Joseph has a dream that he will be ruler over his brothers...and they subsequently sell him into slavery. Abraham is promised that his descendants will be as numerous as the stars...and then his wife is barren. David is anointed to be king of Israel, and then spends years running away from the current ruler, hiding in the wilderness. God says, see I'm going to do something good, and then almost immediately something bad happens. In the end God's promise is fulfilled, often in miraculous ways. But the journey is a refining journey. It involves struggles, loss, frustration, and proverbial doors closing in your face.

The journey to experiencing God's promises is a journey of faith.


And that is still true of today. Christ came to earth preaching good news, demonstrated through healing, forgiveness, and acceptance. But he also told his followers to "take up their cross" and follow him. Jesus didn't do things the easy way. This is the guy who walked on water to get to the other side, instead of getting on the boat with his disciples. Paul's letter to the Romans says that if we are co-heirs in Christ we share in his suffering, so that we may also share in his glory. Jesus promises eternal life to his believers...but first we must die before we rise again.

Christians can be all consumed with the resurrection of Easter Sunday. As people obsessed with the idea of prosperity, we like to skim over the suffering of Christ, the feeling of loss and bewilderment his disciples must have felt those days. We want to jump to the part about our eternal resurrected lives. But you can't rise from the dead if you don't first die. Die to self, die to ego, die to a life of complacency or a life of ease. Such things don't die without a fight.

In 2016 I made it to New Zealand, to my astonishment. My visa was approved five hours before my flight. And then three months later I experienced the Kaikoura 7.8 earthquake, and my time in New Zealand came to an abrupt and painful end.

It was tempting to wonder after that trial whether I had made a mistake. "God said he would astound me, but this feels like being astounded in a bad way." Maybe the visa issues were a warning that God didn't want me going back, that he wanted to protect me from the pain and suffering of that experience. Because why would a good God let someone go through that willingly, as part of his divine will?

In the sort of paradoxal thinking that is typical of Christianity, you can't move upward unless you fall down. You can't live unless you die. It is often only through the periods of suffering that God's promises are fulfilled. A life devoid of suffering is also devoid of learning, giving, understanding.

In Jeremiah 32 the prophet Jeremiah prophecies how God is going to restore the land...while the Israelites are currently under siege by their enemy Babylon. God says yes, you will be captured by Babylon. But I will return you to Jerusalem, heal you, and "tell you great and unsearchable things you do not know" (Jeremiah 33:3).

In all those stages - being under siege, watching your home get destroyed, being taken into captivity - it must have been hard to believe God's promises of healing and restoration. And that simply is the reality of sharing in Christ's suffering: hoping and believing in God's resurrection promise even as we find ourselves carrying a cross.