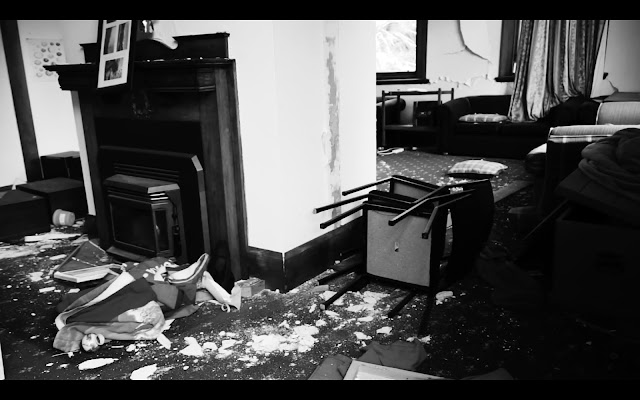 I grew up reading books where girls defied the constraints put on them and pursued their own adventures. Books where girls climbed crow's nests and spoke their opinions and stood up for what was right. Confident, intelligent women. I wanted to be like them: saying yes to opportunities, traveling to new places, forming unlikely friendships, and passing through challenges a better, stronger person.

Slowly, those childhood influences began being reflected in my adult decision-making. I decided to participate in La Vida, my college's outdoor backpacking expedition for incoming freshmen, even though I'd never done something like that before and I was anxious about it. Through that experience, and later working for La Vida, I learned about the concept of a "comfort zone," "growth/challenge zone" and "panic zone." The idea was that a person needs to face challenges, to face something uncomfortable such as public speaking or heights, but without crossing into that "panic zone" of feeling unsafe, too vulnerable or out of control. Where that boundary lies differs for everyone. For me, I kept pushing and challenging my comfort zone for years, becoming a bit of an adrenaline junkie, before I found that boundary, almost accidentally.

The significant difference is not so much in the activity itself but in how your mind processes the activity during and afterwards. A positive challenge or adrenaline activity leaves me feeling empowered, energized, and potentially wanting to do it again. Something that pushes me into panic leaves me feeling unsafe, vulnerable, out of control, and fearful. Fear is a huge aspect of the panic zone, and it exists there at a level that is almost uncontrollable.

I had my first and only panic attack after a woman ran a red light and almost barreled into the driver's side of my car. Into me. We both swerved and stopped, and it was over in seconds, but after I felt disbelief and anger I also felt fear. I could have been seriously injured, in fact, I could have died. My own mortality hit me, and I found myself gasping for breath, and losing feeling in my fingers as I pulled over and tried to text my friend. I never drove through that intersection again, and for a long time I told friends I wouldn't move back to Massachusetts because of the drivers, because of the sheer number of close calls and near misses I've experienced there.

If nearly getting hit in a car accident was stepping into my panic zone, experiencing the 7.8 earthquake was at the center... or should I say, epicenter. (Too soon?) 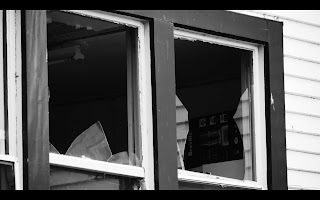 During the earthquake I didn't think I was going to die. But the fear was unlike anything I've ever felt before.  Raw, helpless, animal fear. For two minutes I was so caught up in the sensory experience- the noise, the shaking, the confusion of the pitch-black darkness- that I was unable to have more than a few rational thoughts. In fact, I can't recall much from those two minutes, and even the moments afterwards are kind of hazy. How, if I was crouching on the floor next to my bed, did I not get hit in the head by the table that flew across my room? To try to dwell on those memories is to reawaken that incredible fear.

Panic, or more specifically "trauma," changes the brain. I haven't done a lot of research on it, but I've observed it in my life. I hate feeling out of control. I am less adaptable, and can feel intense anxiety over sudden changes or new situations. I see things like cliff-jumping into pools or sky-diving and think, "Why tempt fate?" I have lost my sense of immortality.

It can feel tempting to withdraw back into the private, safe person I was as a child. But that is not who I have become, who I truly am. I am a confident, intelligent woman, no longer naively immortal, but responsible. I want to continue to grow, to continue to challenge myself. But at this point, the challenge is often to simply believe that God has good in store for me and my future, and to step in faith outside my front door into the world.
Labels: Post-earthquake