Moving Past the Blame Game 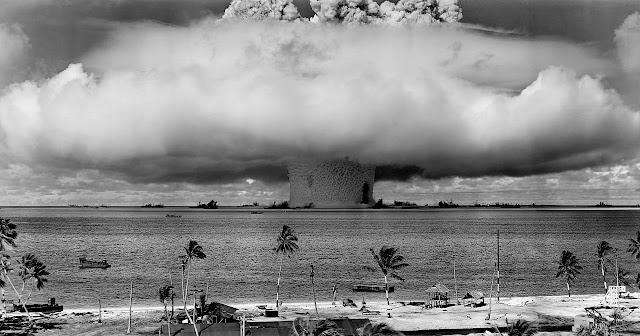 One thing I’ve seen so clearly in the past weeks is America’s need to blame. It’s been a bipartisan reality for a long time, blaming either someone in leadership or some group of “other” for personal or societal woes. As we struggle with the problem of evil there are plenty of imperfect people who we can cast responsibility onto, in part, for most problems.

The pandemic, however, could be a game-changer. But Americans aren’t acting like it is.

Democrats have consistently blamed the current administration for their leadership and slow response. Republicans initially blamed Democrats for fear-mongering and exaggerating the dangers (the word “hoax” was thrown around). Then, Mitch McConnell blamed the impeachment proceedings for the government being distracted and slow-responding to the coronavirus. Some religious types even blame the evils or wrongdoing of our country for this turn of events. But in essence, American blames American.

It’s hard for me, though, to understand why the pandemic became so partisan.

I’ve been watching the divisions in our country over the past few years, and personally thought the only way we could become unified once again was if we faced a common enemy. In that sense, the virus was the perfect opportunity. Neither Republicans or Democrats created it, and based on its nature it was bound to arrive in America eventually. Sure, our response could have been improved. But like most things, it’s easy to criticize from retrospect.

Who can you truly blame for the pandemic? No one. It came into existence like other forces of nature and we are simply left reacting. Or, you can be like I was right after experiencing a devastating earthquake, and blame God. But with time, even I couldn’t ignore the incredible ways my friends and I were protected and spared despite that hardship.

However, my theory of unifying before a common enemy was wrong. We like to blame too much. This goes hand in hand with our utter refusal in American leadership to admit our mistakes. Now, this has trickled down to the everyday citizen who perhaps a few weeks ago claimed the virus was no different than the common cold. They’re not going to admit they were wrong now.

But why not? Life is a matter of learning, and as we gain more information and experience, we change our opinions. Everything we hold as beliefs is simply based on the best information we have at the moment. For most people, the best thing we know how to do is to blame. But what if there was a better way?

I’ve been reading a book titled, “Letting Go: The Pathway of Surrender.” In it, the author, David Hawkins, addresses how humans tend to respond to feelings like fear: with suppression/repression, expression and escapism. Interestingly enough, repression — the unconscious suppression of a feeling — often results in both the denial of that feeling’s presence, and then the projection of it onto others and the world…also known as blame.

I would be surprised if we weren't experiencing feelings of fear, anxiety or sadness at the times we find ourselves in. Unfortunately, most of us don’t know how to healthily deal with our feelings, resulting in the culture of blame, suppression, social media venting and entertainment escapism that we have witnessed for a long time. Hawkins warns that blame is a particularly dangerous path to travel down:

“Projection is the main mechanism in use by the world today. It accounts for all wars, strife, and civil disorder. Hating the enemy is even encouraged in order to be a ‘good citizen.’ We maintain our own self-esteem at the expense of others and, eventually, this results in social breakdown,” wrote Hawkins.

The answer, instead, is letting go.

As we become aware of our feelings, let them come up without trying to rationalize them, and then let them run their course without trying and control them, then we can move into higher emotional levels. When we let go of feelings of shame, anger, guilt and pride, we then have the freedom to experience courage, gratitude, love and even the peace that passes understanding.

When it comes to the pandemic, people may be in a place of panic, suspicion, compassion, empathy, and many other emotional levels. It’s not just the matter of getting sick, but also job loss, lives disrupted, and it’s likely that many are experiencing some form of depression. Under these conditions, it can seem impossible to come to a sense of unity. It’s so much easier to blame, to suppress, to avoid.

But the future — as uncertain as it remains — needs to be one where we let go of fear.

And many people are already doing that.

Rather than being concerned with their own troubles, many are risking their health, their finances, and their very lives for the chance to save the lives of others. If we move up into the emotional levels of empathy and compassion, we can reach a deeper sense of appreciation for our neighbors.