Do U.S. Christians Know How To Love Their Enemies?

Recently I visited a church where I heard a sermon titled “The Almost Christian.” The preacher borrowed this title from a sermon written by John Wesley back in the 1700s. One quote from John Wesley’s sermon poses to believers some challenging questions, asking what it means to be altogether Christian:

Is the love of God shed abroad in your heart? Can you cry out, “My God and my All!” Do you desire nothing but him? Are you happy in God? Is he your glory, your delight, your crown of rejoicing? And is this commandment written in your heart, That he who loveth God love his brother also? Do you then love your neighbor as yourself? Do you love every man, even your enemies, even the enemies of God, as your own soul? As Christ loved you? (click here to read more).

All of these are excellent questions, and all of them I struggle to answer honestly with myself. But for some reason the one question that stuck out to me the most that Sunday morning was the simple question, do you love even your enemies? Because I began to think, do I personally know any Christian that loves his enemy? What would that even look like? What would that require of me?

It is a time of unusual politics, where strife and division are not only tangible, but seem the norm. Most of us are pointing fingers at who is to blame for this, who we are to fear, and who our enemies are. To some it’s illegal immigrants, it’s the Syrian refugees, it’s lax gun laws, it’s radicalized Muslims, it’s the #blacklivesmatter movement. It’s Hillary Clinton, or it’s Donald Trump. Everyone would agree it’s IS. And what, as American Christians, has been our response? 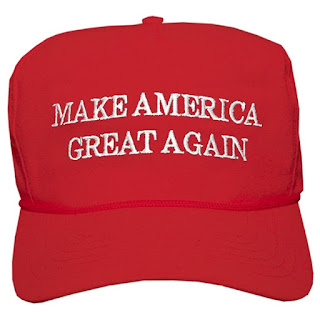 Our response was to be Trump supporters.

As the New York Times reported in July, a recent poll of white evangelicals revealed that nearly 4 out of 5 of them plan to vote for Donald Trump in the general election. And what does this support look like? If the Republican National Convention was any indicator, with persistent chants of “Lock her up!”, it looks like hatred for Hillary Clinton.

Several news cites have noted that this rallying cry seemed to be the most unifying one at the convention. A cry of anger and hatred, followed closely by roars of approval at Trump’s new solution for ending all our problems, “law and order.” There is no doubt that to many Christians Hillary Clinton is their enemy. But if she gets elected, will these same Christians pray for her, let alone love her, as Wesley exhorts us to do? Who am I kidding? We all know the answer: HELL NO.

I admit that I identify with the 20% of US Christians who will not be voting for Donald Trump this election, but that does not mean I find myself exempt from this deficiency in faith. I too find myself filled with anger and hatred. I hate Trump, for rallying a group of supporters behind his bullying and arrogant statements. Hate how self-important and proud he is even in the face of his offensiveness. But if he gets elected, would I be any better than my Christian Republican counterparts? Would I pray that Trump would have wisdom, that his plans would succeed, and desire the best for him? Or, more likely, would I be more bent on praying that he would be humbled (i.e. humiliated) in the face of his flaws?

What does it even look like to be a Christian in America and love your enemy? Have I ever seen that? The first example I thought of was from back in 2006, when a group of Amish parents not only forgave their daughters' killer, who opened fire in a school room full of their children, but also reached out to and supported the family of the attacker (read more here).That’s extraordinary. Because that’s not the go-to response of people. Most people, in response to a tragedy, are angry. They look for someone to blame, and work at enacting justice (or vengeance) upon them. It’s only natural to respond in such a way.

But a true Christian, not just an almost Christian, is called to something higher. She is called to forgive, to love, and to pray for even those who do the most despicable things. Why? Because that’s what Jesus did for us, and exhorts us to do. Can we truly call ourselves Christians if we do not mimic him in this attribute?

Law and order is not the answer.

The Bible states that we are saved by grace through faith, not through the keeping of the law. In fact, it even says that those who rely on the law are under a curse! The author of Galatians spends a whole chapter explaining how “no one is justified before God by the law, for ‘The righteous shall live by faith’” (Galatians 3:10-11). Think about it. Will the unrest we have been experiencing now stop if we crack down even harder on minorities like black Americans or Muslim Americans? If we profile more, and create more violence than we already have done?

Loving your enemy requires a change of heart. It requires you to be able to see the image of God in your enemy, and to truly desire what is good for them (not just in a justice “that’s what you deserve!” kind of way). Whether your enemy is a politician or a radicalized violent fellow citizen, to be a total Christian, not an almost Christian, means we need to learn how to love even them. As impossible as that may sound, all we need to do is look to Jesus for our best example:

They said to him, “Teacher, this woman has been caught in the act of adultery. 5 Now in the Law Moses commanded us to stone such women. So what do you say?” 6 This they said to test him, that they might have some charge to bring against him. Jesus bent down and wrote with his finger on the ground. 7 And as they continued to ask him, he stood up and said to them,“Let him who is without sin among you be the first to throw a stone at her.”
John 8:4-7 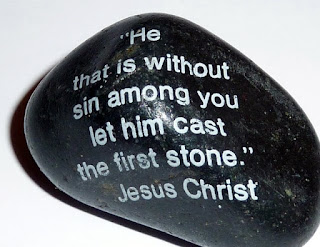