Is this Hope? Or am I just Overly Optimistic?

I've always been a glass-half-full kind of girl. It's lead to a lot of disappointments, to be sure. Whether it was birthday parties, youth group retreats, or living in community, time and again I've found things don't always go the way I had pictured them. And despite my best efforts to try to not have any expectations at all, it seems I just can't rewire my brain like that.

Because it happened again.

Last summer I thought I didn't have any expectations for the upcoming year, at least none that could disappoint me. I mean, come on, it's New Zealand! What's the worst that could happen? Only see two dolphins instead of ten at the beach that's a bike ride away? Please! 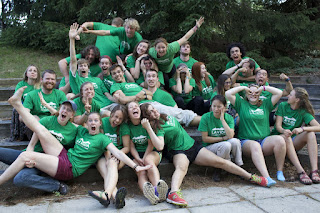 In retrospect, I didn't necessarily make the transition easy on myself. After graduating college I jumped right into a summer camp job, where most of the camp counselors were college students. I still felt like a college student, and lived like one too, going to bonfires at the beach or jumping from boulders into water and last minute ice cream runs. Everything done in large groups. No need to ever be alone. In addition, my co-workers were probably the most adventurous and extroverted bunch of people I've ever lived with (we were working at Adventure Camp, after all). Those six weeks of working and living alongside them were incredible. Who knew it could take that short of a period of time to create such great friendships? 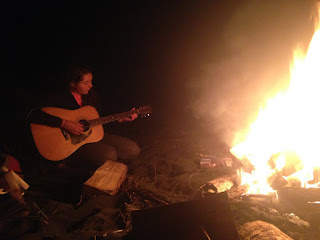 It was a hard summer to follow, even though I was doing something as crazy as going to live and work in New Zealand. Previously, I had only ever known New Zealand as a college student, living alongside peers who had the mindset of "your only in New Zealand once" (or YOINZO)! And my summer of Adventure Camp with the theme "comfort zones are overrated" had only served to increase my appetite for adventure and risk-taking. With a quick turn-around, I left camp life and arrived in New Zealand. Unwittingly, I expected it to be similar to both my study abroad experience and my camp experience: lots of adventures, doing hikes or beach fires with my co-workers, and soaking up every moment.

Instead, I found working in New Zealand is a lot different from studying there. Even though I was living in community again, this time I was no longer just a college student living with my friends. I was a staff member living with my students, my co-workers, and my boss. There were few relationships not defined by my work. I noticed the added flavor of responsibility to every adventure I had with students. For my coworkers, at the end of the day they didn't have the energy to go out and have an adventure or the desire to hang out more with people they had been interacting with all day...unless it was watching a movie. They talked about "getting away" and suggested I "find a hobby" to do when everyone was off comfortable doing their own thing. I began to suspect I was an extrovert living among a bunch of introverts. And I began to get frustrated. I didn't come back to New Zealand to watch movies or TV shows in my free time! Or to pick up a hobby of coloring or crocheting. Maybe this is what the post-grad life looks like, but I didn't feel ready for it yet, and still don't like it. "I'm too young for this!" I silently thought to myself.

So I was disappointed. Until I eventually got over it and adjusted to the reality of the present, the good alongside the bad. Eventually things got a lot easier, due to many different reasons. And then when I least expected it, I caught myself thinking, "I really love living here."

I'm going back soon, for ten months again. Things will be a bit different: there will be some new faces, my second year on the job, and I'm vastly different. I still feel like a college kid, thriving off people and spontaneity. But I'm starting to become comfortable with going off and doing my own thing, and learning to be happy even when I am alone. In fact, I'm starting to get excited again about going back to New Zealand. I get to meet the new students, reconnect with awesome church people, and hit up my favorite spots!

So, is this hope? Or am I being overly optimistic once again?

I can't say for sure yet (I'll let you know in a couple months). But I'll leave you with Tony Kushner's thoughts on what Hope is, and what I wish to strive towards:

"Hope is not naive, hope grapples endlessly with despair. Real, vivid, powerful, thunderclap hope, like the soul, is at home in darkness, is divided; but lose your hope and you lose your soul."
Labels: New Zealand